Ask most analysts and pundits about what the current problem with Italy is and you will likely get a one-word answer: Populism. Period! Punto! But I am given about 1,000 words for this essay, so let me try to think otherwise and suggest a different perspective.

As a matter of fact, a good starting point is to consider Italy’s current misfortunes an outcome of populism already having failed. Remember Silvio Berlusconi? Yes, the former prime minister who, as head of several governments during Italy’s so-called Second Republic (1994 to present), aimed to turn the country into an illiberal State by, among other tactics, polarizing society along fictional division lines, disrespecting the separation of powers, controlling most of the media, breaching the rule of law and deriding the courts, trying to amend the Constitution for serving his own political ends. Berlusconi’s was one of the most spectacular attempts to create a populist state that failed. As I show in a forthcoming book, this happened because (and, dear EU politicians, please take note) Italy’s liberal institutions proved more resilient than Berlusconi had expected but also because il Cavaliere’s charisma faded away, together with his party’s strength. 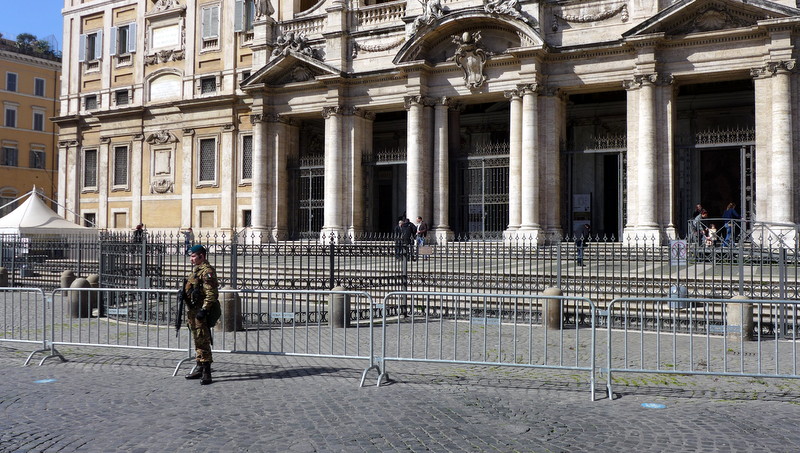 But, as already said, the problem with Italy is not populism. (And, as the number of words I still have available is decreasing fast, I am not going in the rest of this essay to use the p-word again.) The problem with Italy is her inability since 1994 to consolidate a party system in which resilient and organizationally cohesive parties would be able to compete within a broadly accepted institutional framework for the vote of the Italian citizens. It has famously been said that modern democracy is “unthinkable” without parties; from which we may easily deduce that a working modern democracy is no less unthinkable as long as its parties are unable to form a stable party system.

Now, look at Italy’s politics over the past quarter-of-a-century and you will only see a long series of failures to forge solid parties with broad nationwide appeal. This is the real problem with Italy.

Begin with Berlusconi’s own parties, the early Forza Italia and the Popolo della Libertà, which – whether because of the centrality of the leader, their business-firm model of organization, or any other reason – remained weak and politically precarious. In the summer of 2013, already expelled from the Senate and barred from elective office, Berlusconi, in a desperate effort for political survival, revived Forza Italia (FI) but to no avail. His former party secretary, Angelino Alfano, together with several former Berlusconi’s party strongmen, refused to join in, deciding instead to form their own party (called New Center-Right). As Berlusconi stubbornly refused to consider a plan for succession, more and more of his old supporters turned their backs on him. In the March 2018 national elections, FI received a paltry 14% of the votes and thus lost its primacy on the conservative center-right.

No smaller than FI’s has been the failure of Italy’s center-left Democratic Party (PD) to become a reliable and effective political force in terms of programmatic appeal, organization strength, and policy reform capacity. Unable for many years (under different party labels and leaders) to take advantage of Berlusconi’s political and other follies, it came to power in 2014 under the leadership of young and energetic Matteo Renzi. Initially intent to “scrap” the old political class and replace it with a new generation of liberal reformist politicians, Renzi instead saw the economy stagnate while also being unable to achieve constitutional change. In December 2016, his proposals to reform the composition of powers in the parliament, as well as the division of powers between central State, regional and local levels of administration were rejected by constitutional referendum. Renzi then resigned his prime minister’s position and the PD went into unstoppable decline. In the March 2018 elections, it came third with 18,7% of the national vote. Some analysts even foresee its annihilation by Italy’s next elections.

Although of an altogether different kind, the third failure in contemporary Italian politics is the effort of the Five Star Movement (M5S) to become a proper party. Initially just a blog, and then a civil association of people who were fed up with established politics, M5S soon became a movement aiming to act as a platform of political deliberation, mass participation and direct democracy. Riding on the wave of dissatisfaction with all other political forces, M5S came first in the recent elections with 32,7%. Today, the M5S has only scant experience of real politics, mostly at local administration level, lacks a central party organization (but excels in factionalism), has no ideological crux (is it left? is it right?), no defining program (but with political opportunism galore), no heavyweight leadership as the circumstances necessitate. To the extent that the M5S remains an anti-party, or even a non-party, it will be part of Italy’s problem, not a solution.

Finally, although still early to tell for certain, another failure in the offing seems to be the attempted transformation of formerly regionalist and secessionist Northern League into a party with nationwide appeal. To do the trick, party leader Matteo Salvini ditched the word “Northern” and styled his party simply as “League” while also adopting a purely nativist (which is to simply say, anti-immigration and anti-EU) discourse. The trouble for Salvini is that, whether because of Italy’s historical legacy of emigration, Southern European relaxed reflexes towards immigration, or the average Italian’s strong pro-Europe and pro-euro attitudes, nativism is not likely to grow in Italy at such levels that would allow the League to win office singlehandedly.

Where does Italy stand today, then? After Berlusconi’s failure to establish an illiberal democratic state and Renzi’s defeated attempt to reboot liberal democracy, Italy is in political limbo. All four major parties suffer from ideological confusion, lack of concrete – let alone realistic – policy programs, deep internal factionalism, implausible leaderships. None of those parties is certain to last for a long time. Under those conditions, Italy’s party system is bound to remain in a flux and its politics deadlocked. Meanwhile, unless some fresh leader emerges on the liberal center-left or center-right, such political opportunists as Luigi Di Maio and Matteo Salvini – Berlusconi’s true political children – will keep repeating the “ancestral sin” so making sure that Italy remains in its chronic limbo. 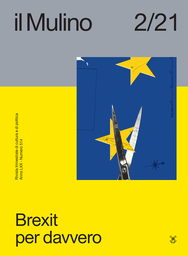