The elections of the new Parliament in Italy (March 4) take place this year around the fifth anniversary of the election of Pope Francis. It is not just a coincidence, but a reminder of a particular situation in Italy between February and March 2013: the chair of Peter was to become vacant soon (Benedict XVI announced his resignation on February 11), and there was no Parliament and therefore no government with a majority in Parliament (Italians elected the new Parliament on February 24-25, 2013). It was a remarkable vacuum of power in a country where the papacy is still perceived not just as a religious institution, but also as the projection of a high, moral sovereignty. The Catholic Church is still the Church of the vast majority of Italians, in a country going through profound changes also in its religious landscape, because of the complex mix between secularization and identity-driven, global post-secularism.

The Vatican and the Catholic Church have dealt with politics in the new Italian state for 150 years now, and it is one century since the papacy gave the green light – after World War I - to the full participation of Italian Catholics in the political life of the nation. For much of this last century it has been a quest for a pragmatic and at times cynical alignment with one regime (Fascism), with one party (the Democrazia Cristiana, after the Second World War), and with one alliance (the center-right coalition formed by Berlusconi, after the end of the Cold War). Even though Italian Catholics identified themselves with a variety of political cultures (socialism and communism included), the Church’s wish was always a quest for one political home for Italian Catholics at the ideological and institutional center of the system. The pontificate of Francis coincides with the end of this quest.

The election to the papacy of the first non-European and non-Mediterranean pope has put to an end the particular ideological alignment between the institutional Catholic Church in Italy (the bishops, the Vatican, the establishment in the media and in the activities orbiting around the clergy, religious orders, and lay Catholic movements) and the center-right parties that replaced the Democrazia Cristiana, which was for fifty years the pivot of the political system.

Francis’ social and political views contributed to a distancing between the Church and Italian politicians, not only because of Francis’ rejection of the identification between Catholicism and the social-political moderatism, but also because of Francis’ refusal to become involved in partisan politics. Catholics have not declared a retreat from Italian politics: they still vote and they are still elected, but not in an identifiable Catholic or Christian party. Among the many political parties running for Parliament seats, not one of them sees itself or markets itself as the political home for Catholics.

The last one who is identifiably and unmistakably a 20th-century Christian-Democrat, a lay Catholic politician who came of age in the Church of the Second Vatican Council is the widely respected and authoritative President of the Republic, Sergio Mattarella. After Mattarella (elected in January 2015 for a seven-year term) it is hard to see a new generation of Catholics able to embody Catholicism in Italian politics. The last two prime ministers of Italy, Matteo Renzi (2014-2016) and Paolo Gentiloni (2016-), are Catholics from the once center-left, now centrist Democratic Party (founded in 2007) who do not need and do not want to count anymore on a privileged channel of communication with and support from the Vatican and the Catholic Church in Italy. 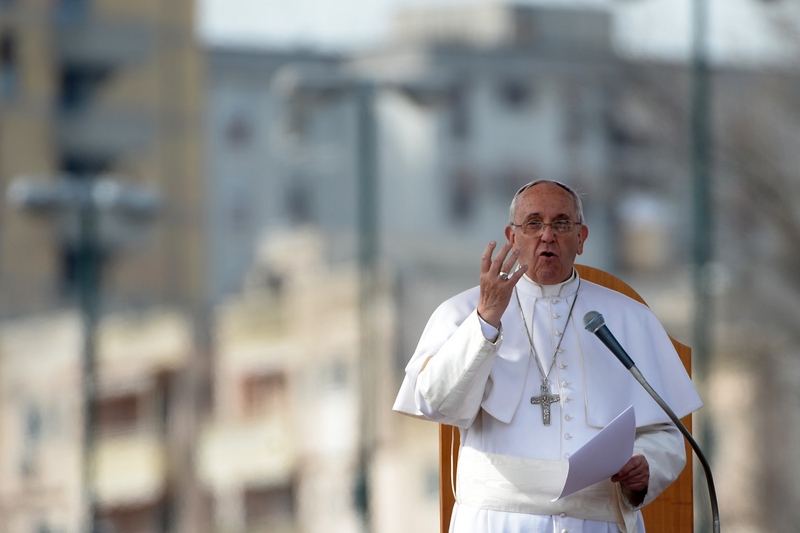 This is not cause for concern for Francis, who is wary of the use of Catholic “identity politics”, but it may be cause for concern for the Italian Catholic establishment. For now, Francis has effectively reshaped the Italian bishops’ conference thanks to his many appointments of new bishops and thanks to the new president of the bishops’ conference, Cardinal Gualtiero Bassetti (chosen by Francis from a short list of three names the bishops selected in May 2017). The attention of the Italian bishops’ conference to Italian politics has become focused on a larger spectrum of issues (social and economic justice, immigration) and not just on the “biopolitical” issues typical of the pontificate of Benedict XVI (abortion and euthanasia, same-sex unions).

For all the possible critiques of Francis’ theological populism, the Catholic Church is today the most important national organization in Italy speaking against the rise of fake news populism and of xenophobia. Cardinal Bassetti’s keynote address at the opening of the assembly of the Italian bishops’ conference of 22 January 2018 expressed the concern of the Church for the political situation: the Church does not tell Catholics the party they should or should not vote for, but stands clearly against xenophobia and the politics of fear and for the reconstruction of the political and social fabric of a fatigued country. There is a clear non-partisan but eminently political agreement between Pope Francis, the president of the Italian bishops, and the president of the Republic.

This is a difficult moment for Francis’ pontificate internationally – the criticism about his handling of the sex abuse crisis, the position of Vatican diplomacy position between Putin’s Russia and Ukrainian Catholics, and the tough negotiations with China. But this is not the reason the Vatican is staying away from the campaign leading to the Italian elections. It is because Francis’ Church has disengaged from partisan politics – in Italy and not only. The political mind of Francis’ Vatican, the Secretary of State Cardinal Pietro Parolin, would generationally lean towards a Christian-Democratic party that does not exist anymore and has left no heirs. But the internationalist and anti-populist culture of Christian-Democrats still shapes the Vatican approach to Italian politics. The silent compromise reached between Francis’ prophetic message about openness to immigrants and refugees on one side and the Italian government’s strong-handed handling of the issue on the other side is evidence that the proverbial moderation of democristiani has not gone away completely.

The open question is about the political stability in Italy and the role of Catholics in the public square after the elections of March 4. The age of the alignment between one party or one alliance and the Catholic Church seems to be a thing of the past. It remains to be seen if the political homelessness of Italian Catholics means an exodus from the captivity of the “non-negotiable values” or a diaspora towards a destination still unknown. 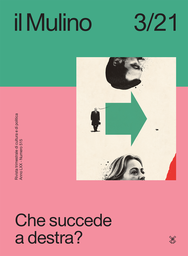