The current epidemic situation in Italy is severe. For security reasons, all educational institutions across the country have been closed and most gatherings have been canceled. The Coronavirus is spreading all over the world at an alarming rate. Many governments have proposed travel restrictions on Italy. International tourists began to cancel their travel plans to Italy. Exhibitions have also been temporarily canceled or postponed due to the spread of the epidemic. Industries such as tourism is suffering a major blow.

An Italian friend told me: "In the beginning, we have lost a large number of Chinese customers, the factory could not receive orders from China, and the raw materials could not be supplied. Now, a blink of an eye, the role has changed, and we have become ‘Europe’s Chinese'. We have underestimated the seriousness and urgency of the problem and were not fully prepared to respond to this epidemic". Another Italian tourism professional said: "At present, various markets are processing large quantities of cancellations. Within a week we received more than a hundred orders canceled, 97% of them were unable to pay the cancellation fee. Employees had to take turns to rest, the Easter market is seriously damaged. There are even markets in the Americas, Southeast Asia, Russia and Turkey orders are being canceled in May-July. Now we can only hope that the domestic market will resist. The economic losses caused by the epidemic have reached our inestimable level". A marketing expert points out: “The measures adopted were adopted with serious delay and above all swinging messages were launched, that is, alarm messages were alternated with messages of tranquility, and all this ended up confusing the behaviors of people and same authorities”. Some Italian tourism industry professionals claim that the major cause of the severe damage to the tourism industry is the fake news of the media, exaggerated renderings and negative international publicity. Other opinions express that the media just released the latest news, in the face of this crisis, the economic losses are inevitable, but we may have to reduce man-made losses as much as possible. 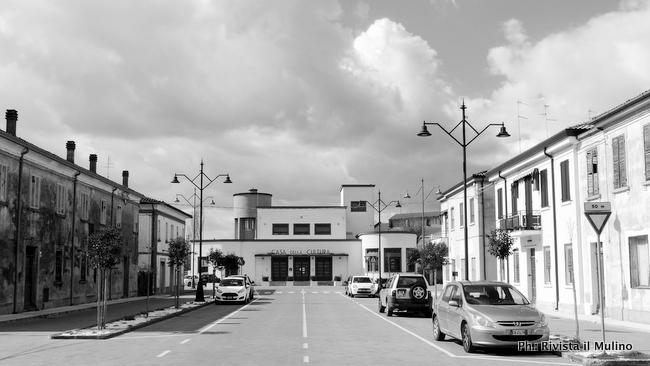 Unlike the stagnation of Chinese tourism caused by the government's order to suspend the tourism industry, the impact of coronavirus on Italian tourism is more the result of a market crisis caused by a sudden drop in business volume and by the cancellation of orders. At government level, Italy has taken different measures to save tourism businesses and workers. For example, Trentino has launched the Solidarity Fund to deal with the tourist crisis caused by the virus, which will alleviate the financial difficulties of businesses and provide employees with corresponding protection during the crisis phase. Nunzia Catalfo, the Italian Minister of Labor, has also announced that until 30 April all tourism workers in Italy, both self-employed and employees, will be suspended until 30 April the payment of social security and welfare contributions and insurance premiums. Whereas at this stage, China's local governments are successively introducing policies to help enterprises resume production and markets. For example, Shanghai has introduced measures such as increasing credit funding, reducing corporate financing costs, as well as improving financing service methods and corporate credit repair mechanisms to accelerate the recovery of socio-economic development. On the international level, the United Nations World Tourism Organization has also called on governments, international organizations and agencies to prioritize tourism in recovery plans and actions.

Although I’m not in Italy now, I am still watching the development of the epidemic in Italy. The Chinese news media recently reported on epidemics abroad. Many people get information from social media, among which there are many rumors and false news. Recently, a Chinese official newspaper criticized this phenomenon, demanding that marketing accounts should show people objective reports and real pictures of foreign governments and people's efforts to fight the epidemic. Of course, there are also some real news that are shared and discussed on social accounts, some of them are from Chinese people in the European epidemic area. Here are two examples of recent lively discussions on Chinese social media.

The first is the response of foreigners to the people in the affected areas. When the epidemic broke out in China, we regret to see some cases of discrimination and insult to Asians. Even politicians (such as President of Veneto Luca Zaia) publicly stated on television that he had seen "all Chinese eat live mice", perhaps just a few hours, his remarks were soon spreading within the Chinese communities in the world and within China, and caused intense discussions. Watching a video on YouTube does not mean that everyone in the country is doing the same thing. People criticize that with this lack of common sense, it is impossible to convince people that this discourse reflects the level of education that a leader deserves. However, we must also recognize that most people in Italy want to be kind to the Chinese community and help people who are suffering. For example, Trentino's medical staff and university organized a solidarity lunch in Chinese restaurants; the Italian president Mattarella also held a concert to express friendship and solidarity. A few weeks later, it is regrettable to see that when the epidemic broke out in Italy, some countries also discriminated and insulted the image of Italy, saying that Italy is a country that spreads the virus to the world. A terrible joke was written on Facebook: "The corona virus is like pasta, the Chinese invented it, and the Italians will spread it all over the world". There is even a French TV broadcast "Corona Pizza" as a way to satire Italy. It can be noticed that when Chinese and Italian patriots saw such news and arguments, they reacted similarly. They all defend the dignity and image of the motherland. They blamed foreigners who condemned their country.

Another controversial issue discussed in China is about the difference between the East and the West about wearing a mask. Recently, I saw the news that an Italian parliamentarian was wearing a mask during a meeting and other people were laughing at him, and then he got angry. Some experts even suggested that only sick people should wear masks. This is really difficult to understand for Chinese. About wearing mask, the East and the West may have different perceptions. Orientals think that wearing a mask is for their protection, because if you don’t wear a mask, you can easily be infected by those who don’t wear a mask. This virus, after all, the incubation period is as long as two weeks. Many people think they are in good health without symptoms, but they already carry the virus. If two people without masks spread the virus through droplets while talking, then not wearing a mask facilitates the virus transmission and the person without mask will become a victim. Whereas Westerners may think that wearing a mask is a self-mark of illness and a warning of "stay away from me", then social concepts will think that wearing a mask by healthy people is a disturbance of public perception. If the epidemic continues, maybe the perception pattern could change. In any case, for the prevention and control of this virus, wearing a mask does not mean that this person is sick, but for the protection of themselves and others. Wearing a mask is a behavior of collective responsibility that should be respected and encouraged. Of course, if there is a shortage of masks, it is another matter.

Having said the above two points, I want to clarify my point more clearly. “No panic”, Italy! In the face of such global challenge, all affected countries and people have suffered relentlessly and paid a heavy price. At this moment when hundreds of people are sick and dying, we should not be entangled with ideological differences, prejudice and discrimination, or venting personal dissatisfaction. More energy should be devoted to actively responding to health care, economic losses, resolving financial market disasters, and improving the international image from the world's "isolation", with a view to repairing the spread of the epidemic economic losses, political and social problems caused by restrictions and overreactions.

"No panic", Italy! There are sincere and heartfelt words warming our hearts in this tragedy, allowing us to stand together no matter what difficulties we face, unite, encourage, and help each other. We forward to our early victory over the epidemic, whether in China or Italy, we can do our best to treat those who are in crisis, comfort the injured souls, and show our solidarity, friendship, humanity and closeness to the affected people. We need to save large number of small and medium-sized enterprises and thousands of practitioners who are experiencing unprecedented crisis. Let us put aside all prejudices, differences in ideology, and allegations of lack of scientific basis, and use scientific prevention and control mechanisms and effective crisis management measures to combat our common enemy: the virus. 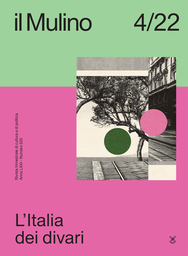